Sorry this is a little late (this was scheduled to go live at midday, but for some reason didn’t); this is what I did during the London Bookshop Crawl back in February.

On Saturday the tenth of February we got up early, and caught the train down to London for the London Bookshop Crawl. This was my third year taking part, and my experience has been different every time as the Crawl has got bigger and bigger. Instead of it taking place on single day, as it did the previous years, this year it ran from Friday the ninth to Sunday the eleventh and there were activities people could sign up for every day.

Before we caught the train, we decided that we were going to complete one maybe two of the crawls based on underground lines. This way we could visit some familiar places, and also get to explore new areas of London. We thought we’d start with the Northern Line crawl, which was one of the routes created for the crawl (thanks for doing that!). There are quite a few bookshops you can visit

Once we arrived in London we caught the Northern Line to our furthest stop north, Hampstead, where we intended to visit West End Lane Books. We didn’t realise until we got there that the bookshop was a sixteen minute walk away which looked rather complicated on the A to Z; rather than catching the Northern Line we would have been closer catching the Jubilee Line or Thameslink. It was our first stop of the day, and we decided to get back on the Northern Line and head back towards central London. 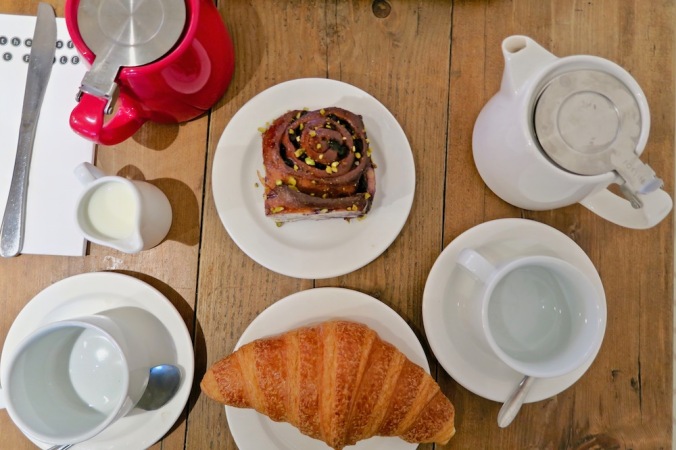 We got off at Tottenham Court Road station and headed straight for Foyles’s flagship bookshop on Charing Cross Road. It’s a familiar site, and on previous Bookshop Crawls it was the starting point of the adventure. The first place we stopped off was the café on the fifth floor to grab a bite to eat and a drink. 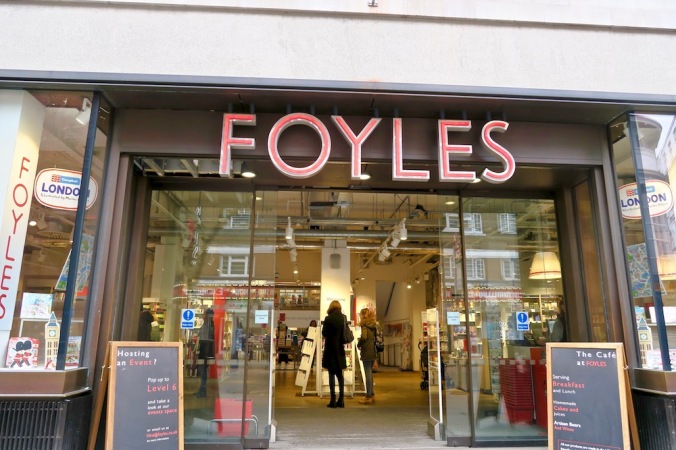 Foyles is huge; it covers six floors, and has just about every section you could imagine in a bookstore. I really enjoyed having a look around through several different sections – if you’re a fan of young adult or middle grade books then this is definitely one shop you should check out – and I got several books. 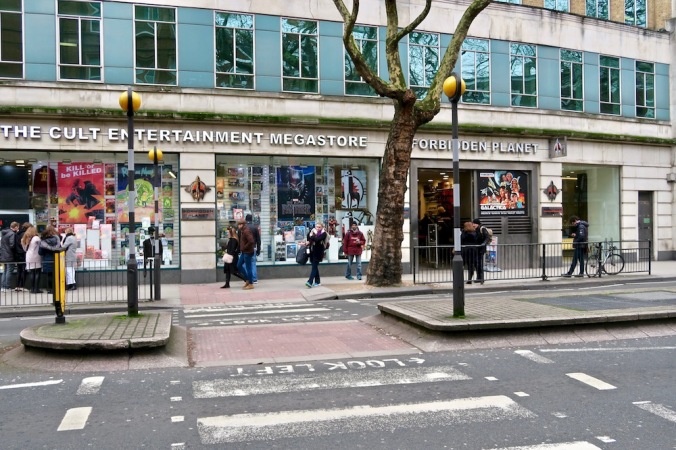 Once we escaped Foyles, we headed down Charing Cross Road and took a left onto Shaftesbury Avenue to go to the Forbidden Planet megastore. This is one of my favourite stores. There is just so much. It’s got everything from merch from films and TV, to comics, to manga and anime, to books. The only trouble with it is once you get inside there’s little/no phone signal.

Rather than hopping back on the Northern Line, we headed back to Charing Cross Road and walked down towards the next station Leicester Square. Before we reached the station we turned off onto Great Newport Street and visited Orbital Comics. A shop I first stumbled across on my first London Bookshop Crawl. If you’re a comic/graphic novel fan then this is well worth a visit particularly if you’re looking for something less mainstream (though it does have a lot of mainstream stuff).

View from National Theatre towards Waterloo Bridge and Somerset House.

Then we headed back to the Underground and caught the Northern Line to Waterloo, where we paid a visit to the National Theatre Bookshop. It was interesting getting to it, and it was also starting to rain after already being a bit damp (which is something of an understatement). We’d visited the Southbank before, but never actually gone inside the National Theatre. The bookshop has plenty of plays, and actually is an interesting place to visit if you’re interested in theatre craft. 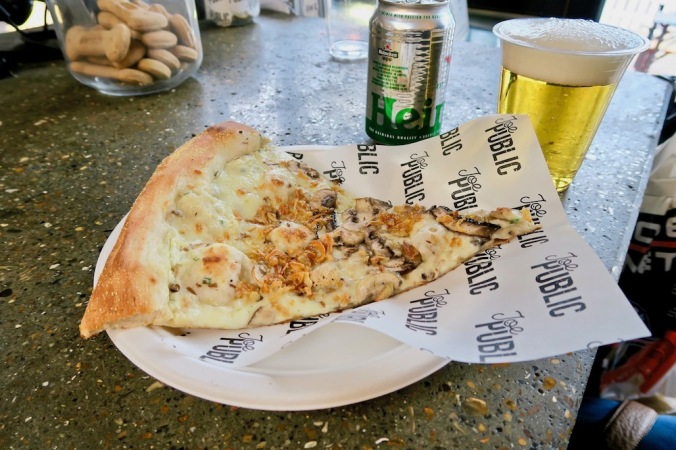 By the time we left the National Theatre it was well past lunchtime, and we were both starving. There wasn’t anywhere between the National Theatre and Waterloo that we wanted to eat at or wasn’t packed so we decided to head to out next stop. So we caught the Northern Line to Clapham Common, and when we stumbled out of the station we came across Joe Public so we decided to stop for lunch there. It was lovely.

After lunch we headed for our final stop on the Northern Line crawl, by this point in our journey it had really started to pour down with rain, Clapham Books. It’s a small, quirky little shop.

Having finished visiting all the bookshops on the Northern Line we wanted to see, we decided (perhaps foolishly) that we would make a start on the Piccadilly Line crawl. Our first destination was South Kensington because we wanted to have a look at the V&A bookstore. The Victoria and Albert Museum is one of the few museums that we both like, so we were both looking forward to visiting. Unfortunately when we arrived not only was the rain absolutely bucketing it down, the pedestrian tunnel to the museums was closed so we had to go out in it. And the museums themselves had really long queues, none of which looked like they were moving. At that point we decided to give it up for the day, and head back to catch the train home.

All in all, even with some mishaps, we had a really fab day. We definitely got to see some areas of London we’d never visisted before – both Hampstead and Clapham Common are really lovely looking places. I totally recommend joining the London Bookshop Crawl next year if you can make it, to find out more about it and future crawls you can find the sign-up to the mailing list on this page. Thank you so much for reading so far, and next week I will be showing the books I picked up so be sure to come back for that.