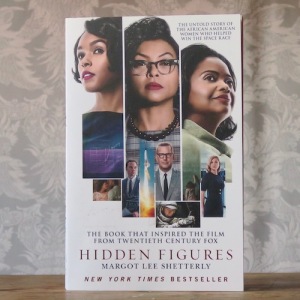 GENIUS HAS NO RACE.
STRENGTH HAS NO GENDER.
COURAGE HAS NO LIMIT.

The phenomenal true story of the black female mathematicians at NASA whose calculations helped fuel some of America’s greatest achievements in space.

Before John Glenn orbited the earth or Neil Armstrong walked in the moon, some of the brightest minds of their generation, known as ‘human computers’, used pencils and adding machines to calculate the numbers that would launch rockets, and astronauts, into space. Starting in World War II and moving through to the Cold War, and the Space Race, Hidden Figures is a powerful, revelatory tale of race, discrimination and achievement in the modern world. Now a major motion picture starring Taraji P. Henson, Octavia Spencer, Janelle Monáe, Kristen Dunst and Kevin Costner.

HIDDEN FIGURES by Margot Lee Shetterly is a non-fiction book about the true story of the black female mathematicians at NASA whose calculations helped fuel some of the US’s greatest achievements in space. The book spans from World War II to the 1970s and charts the progress of race and gender equality against the backdrop of the US during the Second World War, the Cold War and the Space Race. Shetterly focuses both narrowly, on individual woman and their lives during this period, and broadly, on national events that were going on as the woman continued their work, to create an encompassing narrative of events during this time.